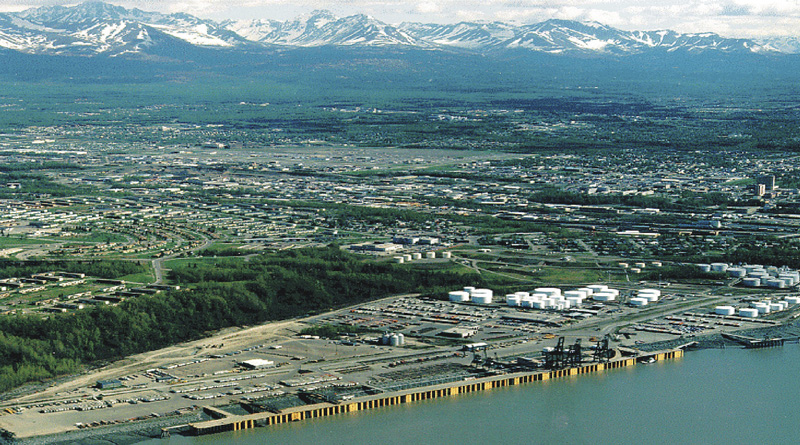 ANCHORAGE, Alaska — Alaska has a continued need to encourage energy-efficiency improvements and the use of alternative energy sources in order to lower energy costs, especially with the recent budget crisis impacting the state.

House Bill 80 — an act that adopts the Municipal Property Assessed Clean Energy Act — passed in this year’s legislative session and will allow local governments to provide a new way to incentivize, finance and assist commercial property owners in the state of Alaska to make energy improvements and save on energy costs. The bill is entitled Commercial Property Assessed Clean Energy (C-PACE) financing. Even though it has passed legislation, there is much work to be done in order to create the program, and the Alaska Energy Authority (AEA) is currently working with Anchorage and four of Alaska’s other largest boroughs to implement the program.

The goal for all boroughs is for commercial property owners who choose to participate in the C-PACE program to have their buildings audited and determine potential improvements to anticipate annual energy savings. Business owners would be able to pay off their loans through property taxes, all the while working with their local government to identify economic energy improvements, with local government serving as the middleman between the business owners and private lenders.

“One of the things we’ve learned from going back and talking to business owners is that the single biggest reason given for not implementing efficiency improvements has been the lack of dedicated and appropriate financing,” said Katie Conway, assistant program manager for the Energy Efficiency and Conservation Program at the AEA. An initial meeting took place and was facilitated by Conway in mid-June between the AEA and the boroughs of the Kenai Peninsula, Matanuska Susitna, Fairbanks North Star and Juneau, as well as the Municipality of Anchorage.

Moving forward, the plan is for representatives from these four boroughs and from Anchorage to start meeting on a regular basis starting in August, according to Conway, with other stakeholders such as state entities, lenders and contractors also participating. Once an agreement is reached and a plan is formulated within the group, the requirement for each borough and municipality will be to issue a report detailing how the initiative would work locally within each borough. From there, an ordinance would need to be passed to implement the program in each borough. Efficiency improvements currently being discussed include improvements to heating and ventilation systems, the addition of insulation, possible lighting upgrades and the use of solar panels.

Once the plans have been implemented successfully and progress has been made within each of the individual boroughs, the plan is to move towards making this program available statewide, with the initial planning phase projected to last a year before initial implementation. The Fairbanks North Star borough has been instrumental in continuing to push the legislation across, according to Conway, and spearheaded much of the collaboration for this project.

A C-PACE program would allow the Borough to offer an additional financing structure and incentive for local businesses to invest in energy-efficiency upgrades and conversions. This is a win-win for our community, as it would spur local economic development through infrastructure upgrades, reduce our local energy demands and result in energy cost savings.”

So far, 32 other states have enabled C-PACE financing structures and the use of this energy efficient incentive is continuing to grow across the U.S., according to the bill.