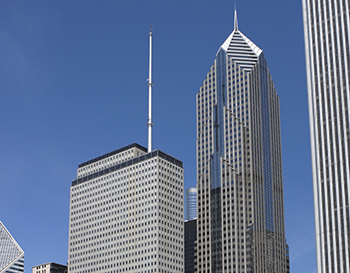 John Bendt, vice president of building retrofit strategy for Minneapolis-based Apogee Enterprises Inc., believes that many buildings are undergoing retrofits before owners and teams have considered all critical building aspects, especially the building envelope. As an expert in the building-envelope retrofit arena, he recommends that building owners look at HVAC, lighting and building envelope retrofits altogether to see the possibility of savings.

There are approximately 5 million commercial buildings comprising 70 billion square feet in the United States, of which approximately 60 to 70 percent were built prior to 1980 or the market release of low-e glass. Since the introduction of low-e glass, there have been significant improvements in glass and fenestration framing to improve the solar heat gain and insulating value of these products, Bendt said. The National Institute of Building Sciences Whole Building Design Guide estimates that in 1990 the unwanted energy loss through windows cost $20 billion in the United States or a quarter of all the energy used for space heating and cooling. It also estimates that properly specified fenestration systems have the potential to reduce lighting and HVAC costs by 10 to 40 percent.

The Environmental Protection Agency has also suggested that inefficient windows account for 25 percent of a typical building’s heating load in a cold climate and 50 percent of the cooling load in a warm climate. Current-day technology for fenestration can significantly reduce energy costs and capital costs for upgrading HVAC and lighting systems.

“This is why building owners should evaluate the benefits of upgrading the fenestration before considering HVAC and lighting upgrades,” Bendt said. “If they start with the lower payback items of lighting and HVAC first, the capacity downsizing will be lost to them because they would be sized for the older inefficient fenestration. This is extremely important for building owners that plan on holding onto their properties for longer periods of time.”

In addition to the energy savings and downsizing of lighting and HVAC systems, fenestration upgrades have further benefits to building owners. A report from the American Institute of Architects and Rocky Mountain Institute, titled Deep Energy Retrofits: An Emerging Opportunity, highlights two key benefits of building-envelope retrofits beyond energy savings:

• The aesthetic and energy-efficiency improvement for the building will increase the building value. Many cities have mandated energy benchmarking, which could reduce the asset value of buildings that prove to be large energy users. The demand for sustainability has increased rapidly in the design and construction industry, and so it should come as no surprise that sustainable, high-performing buildings command a premium in the market. A summary of studies of the value of green building by Rocky Mountain Institute shows that Energy Star Certification is associated with a range of benefits, including a 4.8 to 26 percent increase in property value, 1.3 to 11 percent increase in occupancy rate and 3 to 15 percent increase in lease rates.

• Energy-efficiency improvement positively affects employee productivity. Salary costs are generally 10 times higher than energy costs in U.S. office buildings. This means that even a small increase in employee productivity can have a much larger positive financial impact than the savings from lower operational costs. Energy efficient, high-performance buildings are often biophilic, meaning they provide their inhabitants with access to daylight, comfortable temperatures, and better air quality. These qualities are correlated with lower absenteeism and higher productivity; daylighting can save up to $2,000 annually per employee in office costs.

Bendt added that square footage per employee is in long-term decline as firms maximize the efficiency of their office space, according to National Association for Industrial and Office Parks’ (NAIOP) Spring 2015 edition of Development Magazine. A buildings’ perimeter space could be more effectively used by installing windows that offer better thermal comfort due to increased insulating value and good air infiltration performance. By effectively using this perimeter space, more employees per square foot could be positioned next to the windows.

Apogee Enterprises Inc. companies have worked on several major building envelope retrofits. For instance, the company provided new Wausau Window and Wall Systems energy-efficient windows with high-performance Viracon glass for more than 1,200 bays of existing single-pane windows at the Prudential One Tower in Chicago in late 2014. In 2013, Apogee also upgraded the Edith Green-Wendell Wyatt Federal Building in Portland, Ore., by providing Viracon high-performance glass for the building facade. Apogee Enterprises, Inc. is the parent company for Viracon, Inc.; Wausau Window and Wall Systems; Tubelite Inc.; Alumicor, Inc.; Linetec and Harmon, Inc. — all of which specialize in products for building fenestration.