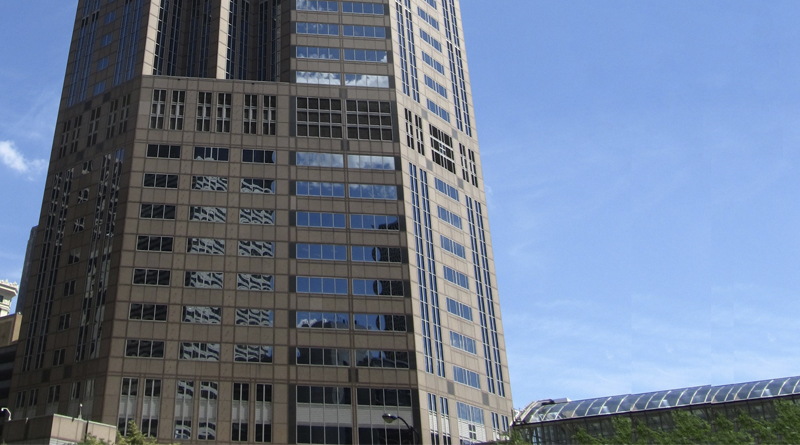 CHICAGO — An event was held at 311 S. Wacker in Chicago on Feb 22. to introduce local building managers and owners to its recent energy efficiency retrofit. Building tours were given to the attendees of the event in an effort to encourage them to deploy the same energy retrofit solution for their buildings.

The energy efficiency retrofit included replacing 950 old pneumatic thermostats with the Cypress Envirosystems Wireless Pneumatic Thermostat system. This retrofit was an effort to modernize the building and take advantage of advanced cloud-based services like JLL’s IntelliCommand to achieve significant energy savings, fast payback, and improved tenant comfort, according to Sim.

The entire retrofit totaled approximately $800,000, but Zeller Realty only needed to pay half of that, thanks to ComEd. “ComEd was so impressed with the entire installation that they awarded 311 S. Wacker with the largest energy incentive check for a commercial building in history in the amount of $402,318.50,” according to Bob Best, head of energy and sustainability at JLL, in a recent statement. Additionally, the energy savings that came from this retrofit already paid for itself in under two years, which is one year less than originally projected, according to Sim.

Traditional pneumatic thermostats are manual devices which do not allow for remote readings, diagnostics, or setpoint control, according to Sim, which translates to costly maintenance, wasted heating and air conditioning of unoccupied space, and inability to work with utility demand response programs. In the past, these types of shortcomings would be solved by replacing the old system with a new Direct Digital Control (DDC) system, which is an invasive and time-consuming process, and costs $2,000 per thermostat zone, according to Sim.

The wireless system that Envirosystems offers costs only $900 per thermostat, and takes about 15 minutes per thermostat to install. “Replacing old pneumatic thermostats with digital ones is not a new solution, but the non-invasive, wireless aspect of our product is a revolutionary answer to the problem,” said Sim. “In the past, it wasn’t cost-effective for companies to upgrade, but now with our wireless pneumatic thermostats, it is not only financially feasible, but in fact has a long-term financial benefit for companies,” said Sim.

The combination of these new energy efficiency technologies at 311 S. Wacker resulted in a reduction of the energy utilized for HVAC by 32 percent per year, and the payback for this installation was achieved in less than two years, according to Sim. These results were even better than the projections made by all companies involved.

“Zeller Realty had a vision when it bought 311 South Wacker, a 1.4-million-square-foot iconic office tower in downtown Chicago, in 2014. Their vision was to make it the city’s model of energy efficiency,” according to Best. “With the help of ComEd, JLL and Cypress Envirosystems, they have done it.”