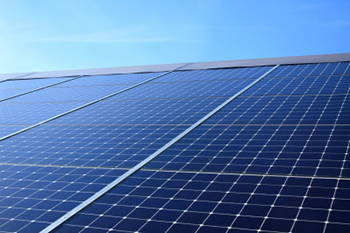 When built, the three solar energy projects on public lands in Clark County, Nev., will generate up to 440 megawatts of energy — enough to power roughly 132,000 homes — and are expected to create up to 1,900 construction jobs.

The Western Solar Plan focuses on development in solar energy zones with the highest resource potential and lowest conflicts. The reviews of these three projects were completed in less than 10 months. These reviews also include consideration of the first regional mitigation strategy for solar energy zone projects.

“Through thoughtful planning and upfront public participation, these solar projects demonstrate we can reduce permitting times, create certainty for energy developers, and achieve better outcomes for communities and the environment,” said Secretary Jewell. “Through a landscape-level approach, we are cutting carbon pollution and creating jobs through responsible solar development on our public lands.”

“Today’s announcement realizes the promise of the Western Solar Plan and reinforces the BLM’s commitment to smart-from-the-start renewable energy development in the West,” said BLM Director Neil Kornze in a statement. “Projects like these demonstrate that regional planning and mitigation can achieve much faster permitting times and better outcomes. The Western Solar Plan provides a win-win approach for communities and for our public lands.”

The BLM will require a set of mitigation measures to avoid, minimize, or compensate for adverse impacts of the proposed development, including an offsite mitigation fee to fund mitigation projects that will compensate for unavoidable impacts as a result of the solar projects. Additionally, the BLM will require funding for long-term tortoise monitoring, post-construction monitoring of birds and bats in compliance with the approved Bird and Bat Conservation Strategy, salvage and relocation of special-status plants, and measures to reduce visual impacts.

Under the Western Solar Plan, BLM has designated 19 Solar Energy Zones covering more than 298,000 acres of public land. If fully developed, projects in the designated leasing areas could produce as much as 27 gigawatts of solar energy — enough to power about 8 million homes.

The Obama administration is taking various actions to reduce carbon pollution, increase energy efficiency, expand renewable and other low-carbon energy sources, and strengthen resilience to extreme weather and other climate impacts. As part of the plan, announced in June 2013, the president directed the interior department to approve at least 20,000 megawatts of renewable energy capacity on the public lands by 2020.