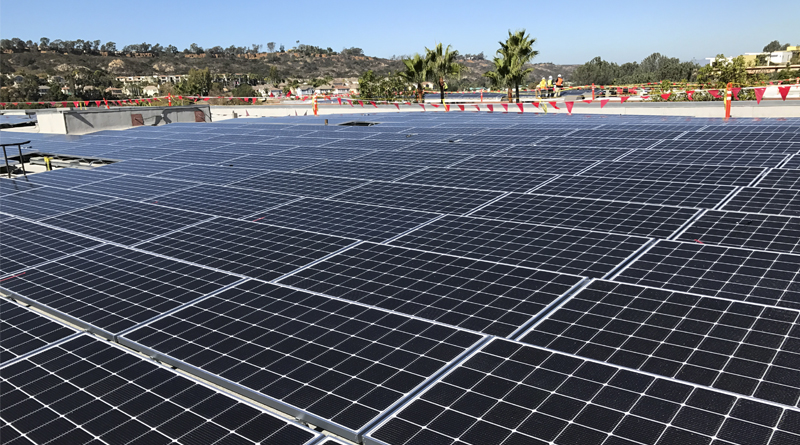 ENCINITAS, Calif. — The North Coast Health Center, located in Encinitas, now has a fully operational 265-kilowatt (kW) rooftop solar installation in place. The installation will provide 75 percent of the facility’s common energy needs and save the center $3.5 million in energy costs over the life of the system. It is currently the largest commercial rooftop solar project in the Encinitas area, according to Borrego Solar Systems, the San Diego-based company that installed the array.

Borrego Solar has installed more than 70 megawatts (MW) in California and nearly 285 MW nationwide, according to a statement. The North Coast Health Center installation in particular will provide more than 452,000 kW hours of energy. Based on estimates made by the EPA, this new 265-kW system’s environmental offset will be equivalent to reducing 36,000 gallons of gasoline consumed annually or 338,000 pounds of coal burned annually, according to a statement.

“As a long-time operator of medical office buildings, it made economic sense for us to invest capital into a new energy efficiency program,” said Petree. “Energy inflation was outpacing bill inflation and hurting us economically. With more than 260 days of sun in Encinitas and our 10,000 square feet of roof space, the decision to go solar was a logical one.”

With this new solar installation, AmeriCare has almost single-handedly doubled the commercial kilowattage for all of Encinitas combined, according to Petree.

AmeriCare has been working with the newly elected mayor of Encinitas and other local council members in an effort to help them to understand and promote what a “big deal” this is for Encinitas, and to urge other commercial businesses to consider doing the same, according to Petree. At the moment, less than 1 percent of commercial buildings in Encinitas have rooftop arrays, but Petree believes that if AmeriCare can demonstrate the great benefits — both environmental and economic — this number could increase.

“Beyond the economics, as the largest health center in North County San Diego, we also have a mission of providing health to our local community,” Petree said. “Our investment in these energy efficiency measures is very much in line with our mission of health. It’s healthier for the community, it’s a huge reduction in carbon footprint and it’s the right thing to do.”

In an effort to acknowledge the solar installation’s impact on the local community, the Encinitas Chamber of Commerce held a ribbon-cutting ceremony at the health center on Jan. 25. At the event, Petree was presented with awards of recognition and appreciation by representatives from Congressman Darrell Issa’s office and State Senator Patricia Bates’ office, according to a statement.

Through all of its efforts and investment in energy efficient technology, the North Coast Health Center is leading the way for other businesses to integrate the use of renewable energy.

“We are happy to become the leader of the largest commercial solar installation in greater Encinitas and espouse the benefits to the greater community,” said Petree. “We want to see other business owners make the same investments. It’s important to make a difference where you can. This is one way that we’re making a difference locally.”