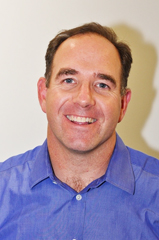 SAN FRANCISCO — BuildingIQ has been named to the 2012 Global Cleantech top-100 list. The list, produced by Cleantech Group, highlights the promise of private clean energy companies from around the world, focusing on those companies which the players in the market feel are currently the most likely to make the most significant market impact over the next five to 10 years, according to a statement.

Landing on the list is quite an honor, as 8,285 companies were nominated this year from 85 countries. The companies were then weighted and scored to create a short list of 236 companies presented to the expert panel for final input. The end result was 100 companies from 13 countries, including San Francisco-based BuildingIQ.

BuildingIQ is a leading energy management software company with a mission to redefine the way energy is managed in commercial buildings. Mike Zimmerman, CEO of BuildingIQ discussed his excitement about being recognized by Global Cleantech and also explained the company’s commitments to energy-efficient technology.

Q: Is this BuildingIQ’s first time being named to the top 100 Global Cleantech companies? What do you attribute the honor to?

Zimmerman: Yes! I would attribute the honor to new key industry partnerships with companies like Nevada Energy and Schneider Electric coupled with our growing client base in the U.S. There’s also an increased focus on energy usage by commercial buildings. The overall sentiment is that not enough is being done to keep energy use in check; the commercial building industry is basically the energy hog of the United States. There’s just too much burden and strain on our current electrical grid to handle it, and that’s where we come in. Renewables are important, but efficient end-use is possibly more important.

Q: How is BuildingIQ helping to deliver “clean technology?”

Zimmerman: BuildingIQ offers a unique adaptive control system that redefines the way energy is managed in commercial buildings and addresses the fundamental shortcomings of HVAC systems. BuildingIQ’s PEAC Energy Optimization technology incorporates a commercial building’s specific characteristics, weather and utility data, and continuously tunes the building automation system to reduce energy and cost while maintaining comfort. In addition, the BuildingIQ system is the only energy management system that predicts future energy demand and directly adjusts HVAC system parameters to continuously optimize energy use with an eye on both the current and future energy demands.

Q: Can you speak specifically about any recent projects that have been exceptionally energy-efficient?

BuildingIQ is also working with major BMS vendors such as Johnson Controls on demonstration projects and channel partnerships. For example, our work at the Argonne National Laboratory in Illinois provided a proactive energy-management system currently in use at the Advanced Photon Source building. In addition to the implementation of BuildingIQ, a new generation of occupancy sensors is being field-tested as part of this demonstration project. Several sensing capabilities are under consideration for the new device, including temperature, humidity, carbon dioxide, light level, airflow, occupancy, sound, vibration, and barometric pressure. New sensing capabilities are, in turn, being used to further enhance BuildingIQ’s multi-objective optimization technology.

Q: What is BuildingIQ’s mission and overall goal in the industry?

Zimmerman: BuildingIQ’s vision is to redefine the way energy is managed in commercial buildings. Its Predictive Energy Optimization technology can save 10-30 percent building energy with little or no up-front investment. This technology is extensible and also redefines how demand response and fault detection are accomplished and optimized.

Q: Can you comment on the honor and how this helps to define BuildingIQ?

Zimmerman: This honor helps to define BuildingIQ for a number of reasons. First, it shows that years of research and development have helped bolster the company to a solid position in the industry. Second, it confirms our potential for growth in an industry that is only going to see increased market size over the course of the next 20 years. As our technology becomes more prominent in the market, commercial building owners and operators are understanding how much it can save them in future energy costs.