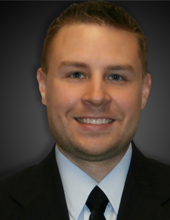 Wausau Window and Wall Systems has named Chris Bushman as an engineering manager. Bushman began with the company as a designer assisting with customers’ submission drawings, details and elevations. He was then promoted to applications engineer where he expanded upon his previous responsibilities taking leadership of customers’ submission package materials, and in training his colleagues on AutoCAD. Bushman was promoted again to design engineer where he continued to demonstrate his leadership. Bushman was involved with such notable projects as the California’s Anaheim Convention Center, Santa Clara Valley Medical Center, University of California-Berkeley’s New Biosciences Building, University of Colorado Hospital’s new inpatient tower at the Anschutz Medical Campus, and the high-security, energy efficient modernization of Federal Office Building 8 in Washington.