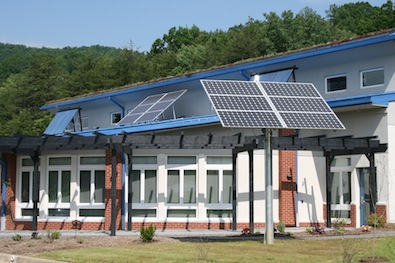 The Center of Energy Efficient Design in Rocky Mount, Va., is the first public school to use the energy-efficient Passivhaus technology, which has enabled it to use 68 percent less energy than conventional schools.

Passivhaus technology came about when Professors Bo Adamson of Sweden and Wolfgang Feist of Germany reviewed the U.S. building methods of the 1970s and saw energy efficiency could be achieved in simpler ways.

“What Passivhaus technology is, is basically a building-physics methodology for modeling the energy performance of buildings very accurately and fairly easily,” said Adam Cohen, co-founder of Structures Design Build and a certified Passivhaus planner in North America and Europe.

Passivhaus primarily consists of high levels of insulation and air-tightness in the fabric used in buildings, according to Building Research Establishment.

“We knew Passivhaus technology would deliver on results, but it’s always gratifying to get a year’s worth of data to see how accurate the predictions turn out,” Cohen said. “It’s clear this relatively new technology is here to stay.”

CEED was designed as a demonstration school to show students and future developers Passivhaus’ impact on design when it comes to sustainability and cost-saving results.

“The idea is that the CEED building will be a central piece of the teaching in this county,” Cohen said. “The other piece of this that’s really cool is that the teachers are going to take all the lesson plans from the CEED and put it on the Web for any teacher, anywhere in the world to access. They can use the real-time data of the building, in terms of energy saved and water conserved, in their lessons.” 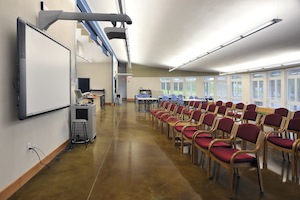 Although the U.S. has only a little more than 100 buildings with Passivhaus technology, the method has been internationally praise and is now recognized as a green building standard in Europe. More than 30,000 residential, educational and commercial buildings there use Passivhaus.

“A few years after these buildings are being built and they start performing, people look at it and go, oh, golly maybe those things really do work,” Cohen said. “We’re starting to get data back and see that yes, we are seeing 70 percent energy savings, then what happens in almost every country is you have this tremendous growth in interest and implementation of Passivhaus. People can’t get enough of it after they realize that it actually works.”

Passivhaus supports energy-efficient installations, Cohen said, but usually at a smaller scale that results in higher energy savings and lower installation costs than typical energy-efficient buildings have.
“Typically, on most of the Passivhaus projects — at the very least we’re using is a passive geothermal loop,” Cohen said. “The geothermal loop consists of a geothermal pipe buried underground that uses natural ground air instead of a typical heat pump.”

Passivhaus leads to high indoor air quality, low energy use and, in most cases, energy savings of 70 percent more than a standard building method.

The idea is spreading in the U.S. to more than just CEED. Cohen is also in the process of completing the Malcolm Rosenberg Hillel at Virginia Tech.

The Rosenberg Hillel is set to open in the spring or summer of 2012 and will host activities, classes and prayer.

“Pretty much every building that I’ve done so far I’ve had to introduce people to the idea and convince them that it’s a good idea,” Cohen said. “But I feel like that’s changing because people are starting to get the idea and I’m starting to get calls from people around the country who are doing larger projects and I’m consulting on those.”