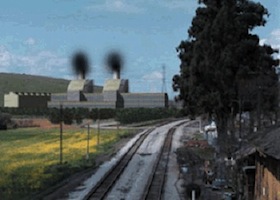 SOQUEL, Calif. — Californians for Renewable Energy (CARE) and its founder Michael Boyd filed a lawsuit on Nov. 28 in the U.S. District Court for the District of Columbia to challenge more than two dozen federal loan guarantees that the group alleges were illegally issued by the U.S. Department of Energy (DOE) under Section 1705 of the Energy Policy Act of 2005.

The lawsuit seeks to invalidate 26 loan guarantees for utility-scale renewable energy projects, including guarantees to the now-bankrupt Solyndra Inc. and Beacon Corp., claiming that the DOE issued them before putting in place regulations that would enable it to properly vet projects and ensure they are unlikely to fail.

“No matter how you feel about federal loan guarantees as a matter of policy, the reality is that Congress passed a law prohibiting DOE from issuing guarantees until it put regulations in place to protect the taxpayer from Section 1705 projects with no realistic chance of success,” said Cory Briggs, the attorney for the plaintiffs. “The Solyndra and Beacon bankruptcies are Exhibit A for why DOE should have issued regulations before putting taxpayers on the hook.”

Michael Boyd, the president of CARE and a plaintiff, said big businesses with connections to the White House under Presidents Bush and Obama where given easy access to the “public’s purse,” describing the loan guarantees as “corporate cronyism at its worst.”

CARE, based in Soquel, Calif., was formed in 1999 by a group of residents concerned about a proposal to build a gas-fired power plant: the Metcalf Energy Center in San Jose, Calif.

The group began targeting proposed power plants in other low-income communities and communities of color — including the Enron plant in Pittsburg, Calif. — bringing in biologists, lawyers and advocates to appeal to the state’s energy commission to prevent the plants from being built.

Brightsource — a solar thermal power system developer based in Oakland, Calif., with offices in Israel and Australia — received a loan guarantee as part of the amendment, sparking the group’s lawsuit against the Department of Energy and Department of Treasury.

“I filed a complaint to the Department of Energy that they shouldn’t be giving the money to that project because two-thirds of the jobs were going to Israel,” Boyd said. “I was an unemployed manufacturing engineer and I couldn’t get a job because they were giving the stimulus to this company that wasn’t even a U.S. company.”

“What we look for is polluters to clean up their mess if they already have power plants on line and, if they want new ones, to provide real offsets to the impacted community, not worthless air pollution credits that only benefit financial speculators and the industry, not the community,” Boyd said.

CARE, represented by a different firm, also has pending lawsuits with the U.S. Court of Appeals for the Ninth Circuit seeking more than $100 billion for ratepayers from the 2001 energy crisis, where “market conditions involving diminished power supplies due to drought conditions, inadequate infrastructure and a flawed power market design contributed to the market manipulation that prolonged and exacerbated the economic harm caused by the crisis,” according to the Federal Energy Regulatory Commission (FERC).

Boyd has filed an individual lawsuit against the California Public Utilities Commission and its members in the U.S. District Court for what he alleges is a failure to pay him for the solar power he produced since 2003 as a Qualified Facility self-certified with the FERC.

“They’re only paying the big utilities like PGE and you don’t have any say,” he said. “That’s a monopoly. My group CARE, here’s our motto: We’re about breaking up the monopoly utility holdings companies.”

Before filing the lawsuit, Boyd submitted complaints to the DOE and spoke with an investigator to try and address the issue, but said they did not address the issue of the jobs going out of the country.

“I’m for renewable energy. My home is solar powered. I have one-and-a-half days of backup power,” Boyd said. “My problem is giving companies like Enron the ability to get this green front, pretending that they’re doing something for the environment when they are destroying it and then they’re using our tax money to pay for the destruction — not only of the environment, but the economy.”

Many of the projects are not viable and will not last due to “spinning parts,” Boyd added. “It requires so much maintenance. They never did them on the scale they’re proposing to do,” he said. “Show me one of the solar thermal projects that have been around for 10 years.”

“Giving power back to the people, that’s what we’re all about,” Boyd said. “That’s why we’re suing the Treasury, because they’re giving money to these thieves, instead of to the people, for projects that will likely never be built.”

Except for a state court of appeals decision in 2003, Boyd and the group have not won any of the lawsuits. Boyd remains optimistic, however, saying that none of the cases have been thrown out — an indication that they haven’t lost.

“The state thinks they’re above the law. They think they can pick and choose the winners and losers,” he said. “That’s the fundamental problem here. When they give stimulus (funds) to the wrong people, it creates perverse incentives for renewable growth.”

The Department of Energy did not return calls for comment as of press time.