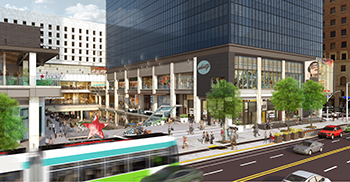 The USGBC’s LEED certification has a comparable certification called LEED Existing Buildings or LEED EB, but BuildingWise CEO Barry Giles noted that BREEAM would not be competing directly with LEED due to market differences. “LEED EB has really only focused on the top 10, maybe top 5 percent of the marketplace, and new versions of LEED are making it harder and harder for existing buildings to get into the program. There’s this huge market not currently using a building certification program and BREEAM is a perfect tool for them,” he said in an interview with Environmental Leader.

BREEAM already shares the marketplace with LEED in a number of locations including its newest location in China after launching in April. The BLOC in Los Angeles is using BREEAM In-Use to upgrade its shopping mall, office space and hotel, and is the first building in the U.S. to use the BREEAM rating system.

BREEAM In-Use is an online rating tool with no prerequisites so that users can register their buildings and assess performance by answering a series of questions. At the end, they receive an unverified score that the building owner can use to sell, lease or retain the property at a higher value. Users expect to pay $1,000 to get into the program, and the questionnaire stays open for a year so that users can adjust the data, hire a third-party assessor and start the continuous improvement process.

In contrast, Giles said he tells BuildingWise clients to budget $100,000 to $120,000 for the complete LEED EB process. There are also a series of prerequisites that buildings must meet in order to begin the LEED EB process. Scot Horst, USGBC chief product officer, contends that using LEED Dynamic Plaque lowers the cost by inputting building data to get credits in the LEED EB rating system so it is not always as expensive, according to his interview with Environmental Leader.

Horst also indicated that BREEAM In-Use might be easier to use, but it doesn’t give proper results on a building’s green performance. This is important because U.S. respondents were the most concerned citizens when surveyed about the higher perceived first costs of green building. They are also less likely than the average global citizen to use metrics to track green-building performance, according to a report published by Dodge Data & Analytics and United technologies Corporation.

“The existing buildings market is a very difficult market,” said Horst in an interview with Environmental Leader. “LEED brings value to assets. Our challenge is figuring out how to get people started on that continuous improvement process.”

BREEAM vs. LEED
BREEAM rating:
• Is represented in 77 countries
• Has awarded 544,800 certifications
• Was originated in the United Kingdom

LEED rating:
• Is represented in 155 countries
• Has awarded 80,000 certifications
• Was originated in the United States