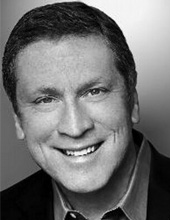 WASHINGTON — The U.S. Green Building Council (USGBC) announced June 29 that Rick Fedrizzi, the founder of USGBC and CEO since 2003, will not seek renewal of his contract as USGBC’s CEO at the end of 2016, paving the way for an organizational leadership transition in 2017.

"As one of the founders of USGBC, I never could have imagined the sweeping global impact the organization would have, the wide-ranging work that could be accomplished, the dramatic change in our industry that we would lead, the scale of the innovation we would spark or the number of lives we would touch," Fedrizzi said in a statement. "It’s been a humbling and gratifying experience."

Fedrizzi, co-founded USGBC 22 years ago and served as its volunteer founding chair the first six years, and was appointed president and CEO in 2003. In 2009, he also became CEO of the newly created Green Building Certification Institute (now Green Business Certification Inc.). GBCI is a third-party organization, which was initially established to provide credentialing and certification services for LEED, USGBC’s premier rating system. GBCI has recently acquired several other clients, including GRESB, WELL, PEER, SITES and EDGE, among others.

"As an industry, we’ve grown and prospered because of a powerful idea that ultimately sparked a movement," said Fiona Cousins, chair-elect of the USGBC board of directors, in a statement. "That movement has been ably led byRick Fedrizzi for more than two decades, and it’s that success we’ll continue to build on in the future."

With this early notification of transition, current USGBC Board Chair Marge Anderson noted that the board has already set up a search committee so that it can move quickly to fill the CEO position.

"Since the beginning, Rick has been a transformational leader. That’s evident not only in the fundamental positive shifts in the market, but also in the amazing team he has assembled and nurtured, especially at the executive level. USGBC’s next leader will have a strong foundation from which to launch USGBC’s next chapter."
"Rick has been a tremendous leader, a thoughtful mentor and a good friend to so many of us," said George Bandy, immediate past chair, USGBC board of directors, in a statement. "I know for a fact that he’ll continue to be engaged in this movement that he has worked so hard to build."

"I am looking forward to working with the board to assure a successful transition for the new CEO come 2017," Fedrizzi said in a statement. "The organization’s executive team is seasoned and capable, assuring that USGBC’s work will continue to be executed at a high level and that USGBC’s reputation as a leading voice in the sustainability movement will continue uninterrupted. The emerging leaders across the organization are running sophisticated global business units of their own. Coupled with our exceptional volunteers, it’s clear that the organization is positioned for a bright and prosperous future."