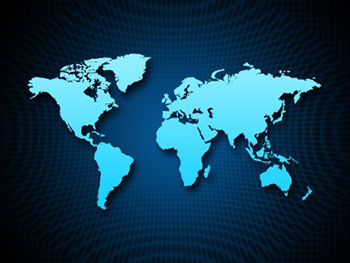 ONTARIO, Canada — Firms are finding business value and opportunities from green building, including the opportunity to develop new environmentally responsible products, according to McGraw-Hill Construction’s latest SmartMarket Report in partnership with the World Green Building Council (WGBC).
The report, “World Green Building Trends – Business Benefits Driving New and Retrofit Market Opportunities in Over 60 Countries,” is based on a study of global green building trends. The findings published in the report are drawn from a McGraw-Hill Construction survey of firms across 62 countries around the world. The sample was drawn from firm members of the World Green Building Council and other global industry associations. Respondents include architects, engineers, contractors, consultants and building owners.
According to the study, firms are shifting their business toward green building, with 51 percent of respondents planning more than 60 percent of their work to be green by 2015. This is a significant increase from the 28 percent that said the same for their work in 2013 and the 13 percent in 2008.
This growth is not a trend that’s isolated to one country or region. From 2012 to 2015, the number of firms anticipating that more than 60 percent of their work will be green more than tripled in South Africa; more than doubled in Germany, Norway and Brazil; and grew between 33 and 68 percent the U.S., Singapore, the United Kingdom, the United Arab Emirates and Australia.
The key driver to green trends, according to the survey, is that green building is a business imperative around the world. In the 2008 report, it was found that the top driver for green building was “doing the right thing.” However in 2012, business drivers such as client and market demand are the key factors influencing the market.
The survey lists several opportunities that go along with green building, including the fact that 76 percent of survey respondents report that green building lowers operating costs. More than one-third of respondents claim higher building values, quality assurance and future-proofing assets — in other words, protecting against future demands. What’s more, 19 percent of industry professionals believe their operating costs will decrease by 15 percent or more over the next year.
Of the respondents, 92 percent are members of Green Building Councils around the world. The study expands and contrasts against McGraw-Hill Construction’s 2008 Global Green SmartMarket Report study.
The WGBC study was produced in partnership with United Technologies with support from the World Green Building Council and the U.S. Green Building Council. Other research association partners include the Chartered Institute of Buildings International Federation of Consulting Engineers (Fédération Internationale Des Ingénieurs-Conseils); Association for Consultancy and Engineering; Conseil International du Bâtiment (International Council for Building); Architect’s Council of Europe; and the Royal Institution of Chartered Surveyors.