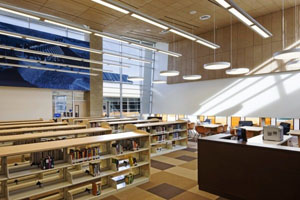 YERINGTON, Nev. — Nevada’s fourth largest school district, Lyon County School District in Yerington, Nev., has entered into an Energy Savings Performance Contract that is expected to save the District $345,000 annually for 15 years.

The District signed the $3.6 million ESPC with Framingham, Mass.-based Ameresco, Inc., an energy efficiency company that has worked on renewable energy solutions for facilities throughout the country. The contract will focus on infrastructure upgrades to 19 schools and four administrative buildings that serve over 8,400 students.

There are a total of eight elementary schools, five middle schools, four high schools and one K-12 and the Western Nevada Regional Youth Center — an alternative school. All schools in the District will receive energy efficient upgrades as part of the contract.

“As one of the largest school districts in Nevada, Lyon County School District is setting a powerful example for other districts and communities,” said B.N. Tripathi, Vice President of Ameresco. “We are pleased to partner with such a forward-looking school district. We worked to ensure that this project has both short and long term benefits by hiring local contractors and vendors to complete the project.”

The energy conservation measures will help reduce energy demand and consumption—and are expected to cut LCSD’s operations and maintenance costs by nearly $25,000 by retrofitting light installations district wide. The energy efficient upgrades also allow the district to save $77,000 in rebates from the local natural gas and electric utility companies.

The greenhouse gas reduction benefits of the LCSD upgrades include the avoidance of 1,928 standard tons of carbon dioxide per year. This reduction in carbon dioxide emissions is equivalent to powering 208 homes each year.